Compromise: Making it Work On and Off the Racetrack
It’s Not You, It’s Me: The Secret to a Happy Life Revealed (Again)

People often ask me whether I get scared while driving or riding in a car at the race track, and I usually say, “not really.”If I am doing the driving, there are very few times when adrenaline creeps in, usually when I am working on a faster lap and I commit to braking less or taking a corner faster. When someone else is behind the wheel, I am generally not afraid either; I only get in the car with drivers whose abilities I trust fully. Most of the time, my husband or my brother has been my main source of rides on race tracks, and while the driving has generally been spirited, I have always felt their high level of car control at work. Also, when it comes to my brother, I have added protection: I always figured our Mom would kill him if he hurt me.

But yes, there have been a handful of times where fear has crept in. There was the time my husband was giving me a ride in our friend’s Ariel Atom. The Atom is basically a large, open go-kart which weighs practically less than I do and has a turbocharged engine capable of emitting a banshee-like high-pitched wail that sounds like the driver is screaming while attempting to control the car. I have never seen my husband’s hands busier behind the wheel, nor have I ever felt so much “butt meter”* feedback in a race car. I was convinced the Atom would take flight, land on one of the pretty grassy knolls surrounding the asphalt, and force me to crawl out of it using a yoga move. When the ride was over, I confessed to my husband that was the first time I’d ever been afraid while riding shotgun with him. 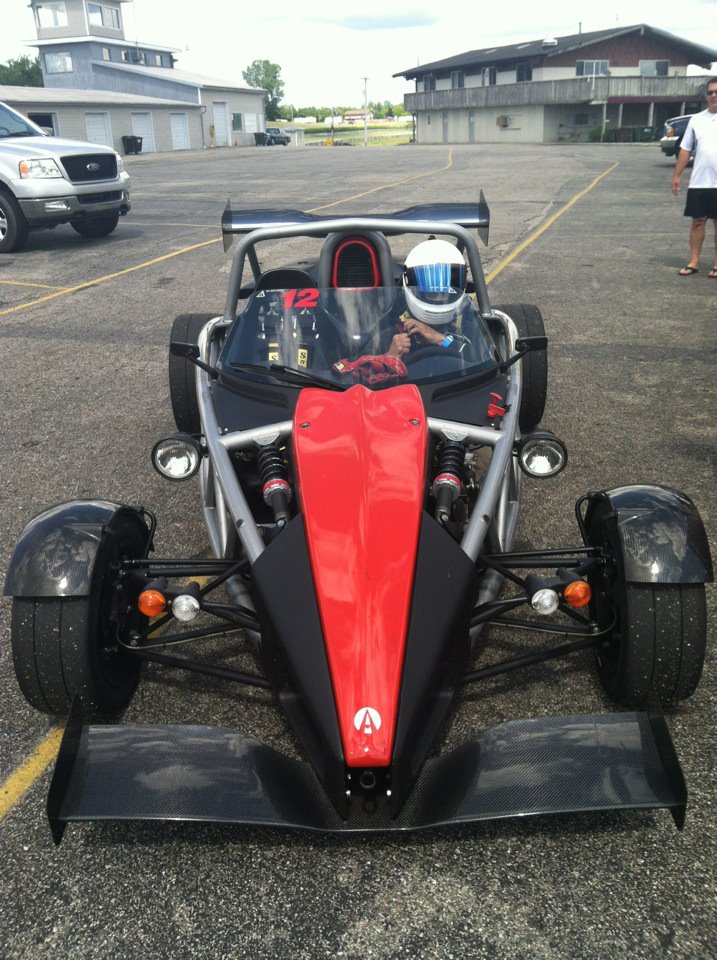 My husband giving charity rides in our friend’s banshee, aka the Ariel Atom.

Strange as it sounds, the car’s speed matters less than the way the car feels when it comes to fear. Even in the times when I have spun – once quite spectacularly, coming onto the wet front straight at Grattan Raceway – the fear was like a quick punch in the gut which happened once I stopped rotating and realized the car was ok. Fear quickly gave way to analyzing the reason why I spun, and getting annoyed at myself for doing so.

I’ve had plenty of opportunities where speed and adrenaline have collided to make me feel afraid, but I can tell you that the fear I’ve felt at the race track pales in comparison to the fear I’ve felt doing an everyday activity at home: parenting.

I am the mother of two very precocious little girls whose mission in life seems to be to teach me every lesson in fear I never wanted to learn. Perhaps because they are twins, these two have been fearlessly adventurous since birth. They were walking by 11 months, and running by 11.2 months of age. At age 2, while I was trying to keep one from jumping into a mall fountain, the other got on an escalator and rode away. Shortly thereafter, the two of them, working together, wiggled their bedroom window open and walked out onto the sunroom roof, leaving me to find them outside waving at passers-by. They have drunken from birdbaths, eaten moldy M&Ms, jumped off high playstructures and climbed a tree to get on the garage roof, among other things. There seems to be a pattern here: enjoy an adventurous life while giving Mom as much gray hair as quickly as possible. I am happy to report they are meeting their goals nicely. I suppose I have them to thank for being a devoted yoga practitioner, because with those two, it was either going to be yoga and meditation or wine.

A car can frighten you, but you can ultimately control (or learn to control) it, or choose who is doing the driving for you. With a child, there is only the illusion of control, and it is short-lived. When you are handed a tidy little bundle the day they are born, you are responsible for turning out not just a basic individual, but hopefully a highly-functioning kind one. We each have hopes and goals for our children, but ultimately they are their own person, and they will fulfill their own potential in their own time. It is so ironic to be 100% responsible for something you cannot control – but also a beautiful lesson in selfless love. 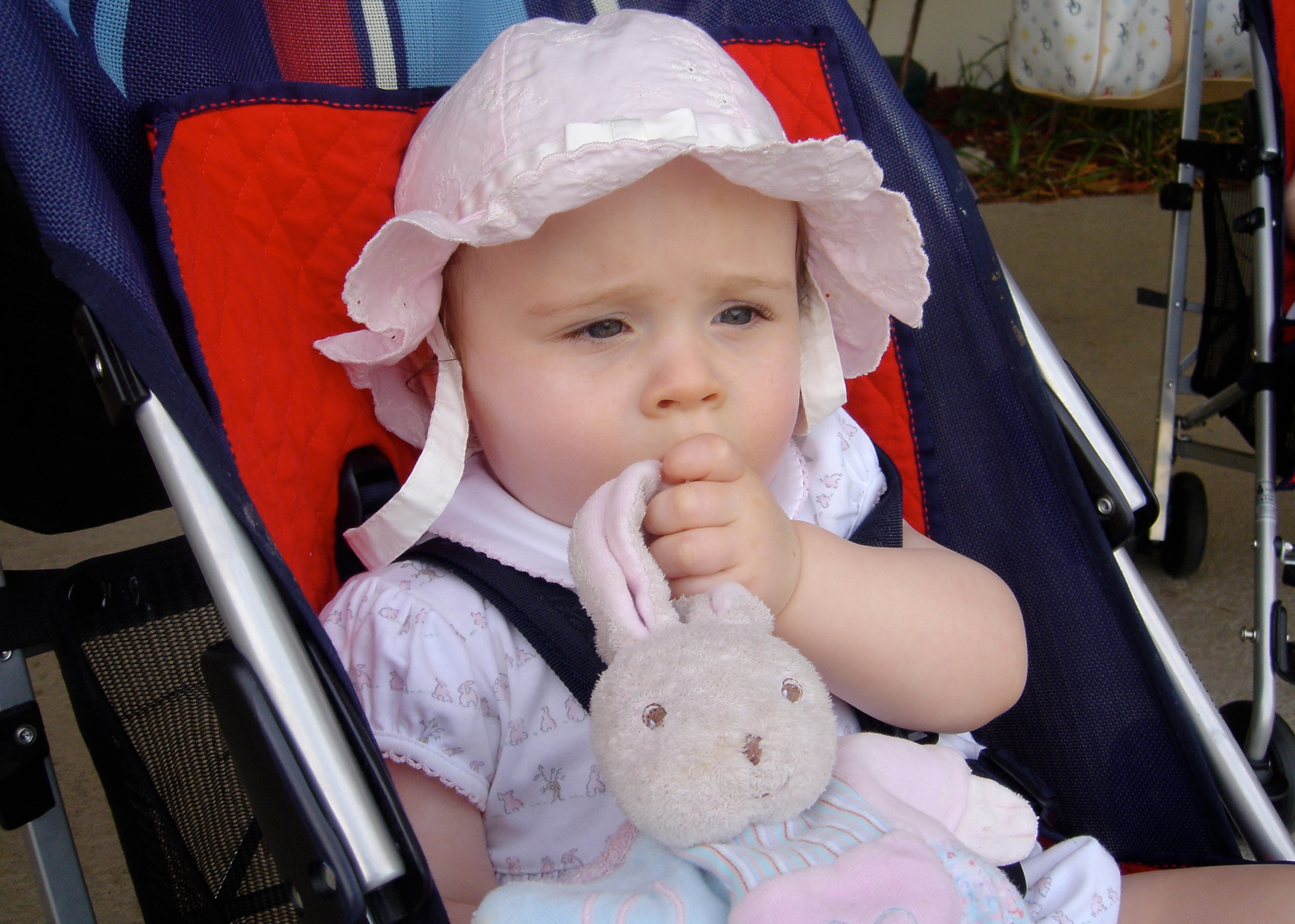 The sweetest looking daredevil ever.

The other day I was cooking dinner and I asked one of my girls where her sister was. “She went to the bookstore to buy you a book,” she replied. “It’s ok, I drew her a map,” she added. I thought this was a joke. Her sister had not asked me if she could go outside, much less all the way to the bookstore (which is about one mile away). No way would she take this on. Annoyed, I got in the car and started driving the route hoping to find my child, and soon I did. I spied her on the sidewalk, stopping at a street to cross. She made eye contact with a car, the driver waved her to cross, she nodded, and crossed. My heart dropped and what I felt next was overwhelming.

There she was, this small human being, my freckled, round-faced child, the baby who was so little she fit on my forearm, the baby who kept me up all night because she only wanted snacks, just like she does now. There she was, wearing her Hello Kitty leggings and mismatched shirt she chose herself, a dwarfing purple purse swung across her body (which in so many ways is still baby-like, soft and pale, with chubby dimpled hands).

So many feelings flooded me. I had no idea what to do. I was so proud of her for stopping, looking both ways, and for making it as far as she did by herself. For having the guts to leave the house on her own and trying to make her way to the bookstore alone. However, fear was the dominant feeling. There was my perfect child, my heart, this little person who is not quite ready to be alone in the world, standing on a street corner by herself. A million possibilities ran through my head: a car could hit her. Someone could take her. She could get lost. I’ve lived through my share of frightening events, including cancer and loss of most of the vision in one eye, but nothing compares to the hollow helplessness you experience when you realize your children are not immune from getting hurt. This is the fear that is so crippling you can’t even consider it.

Still overwhelmed by emotions, I almost yelled at her to get in the car in an authoritative way, but I managed to get my act together and asked her calmly instead. We drove home silently, and I thought about what I would tell her long and hard. At home, I told her to never again leave the house without letting me know where she was going, regardless of her age. “We are a family and we live in this house together, and when we go places we tell others where we are going so those who love us don’t worry about us while we are gone. “But I was going to get you a gift, and I almost made it” she interjected. 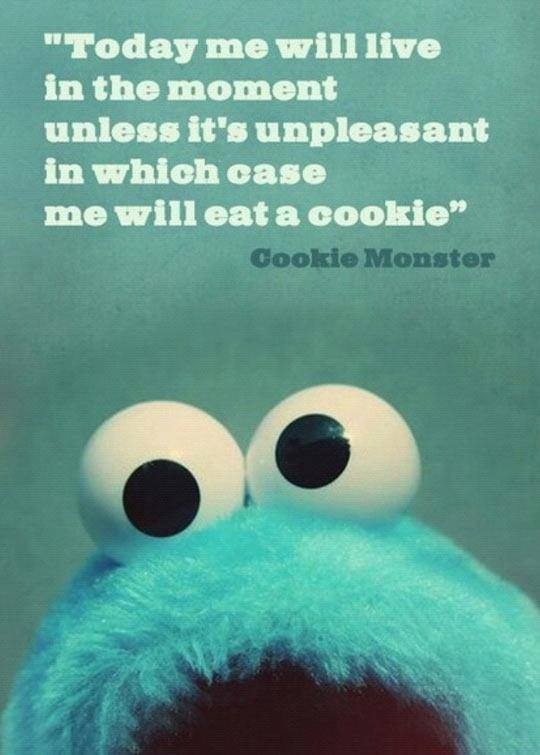 Truth is, she is probably quite capable of making it to the bookstore alone – and when I was her age, I was running around various fields and construction projects in my new subdivision all afternoon without any supervision. I want to trust my daughter to explore, and most importantly, I want her to trust herself. But I also realize the world is large and dangers are many. She may have been ready to take on this adventure, but I was not ready to let her go. I know this is not the last time she will test the limits and I experience this kind of fear, because her desire to explore will only grow as she gets older. She and I will have to continue to figure out the balance between freedom and safety together, because it is inevitable. As her mother, I am in it for the long run, frightening or not.

*butt meter: non-technical term used to refer to the feedback the driver receives about the track surface via the car’s tires and chassis, which enables him or her to judge the amount of grip available and, therefore, the possibility of a sphincter moment.