PorscheMama » Uncategorized » Spring Drive: The Wonder of Getting Back on the Road After a Long Winter

Oh, Joy: The (Woman’s) Guide to Shopping for a Car
Want to Improve Your Driving? Try this “Yoga for (Race Car) Drivers” Sequence

If you live in a place which experiences four seasons, you’re familiar with the things you do once temperatures dip below 32 degrees. For us, this list includes a few good things (no more mowing the lawn and winter sports) and some not so good things (no more track events and no more driving the Cayman). Now, before you go telling me it is absolutely possible to drive your sportscar all year round, I’ll agree with you. It absolutely is. Driving a rear-wheel drive car in winter is a blast, especially if you enjoy sharpening your car control skills. However, two years ago my husband and I decided the salt on our car and the risk of someone plowing into us during the winter months far outweighed the fun of going through every corner sideways, so that marked the end of Fritz’s winter use. So every November, when it gets just cold enough or it finally snows consistently enough to convince us winter is indeed here, the Cayman, tethered to a battery tender, goes into the garage for its winter rest. 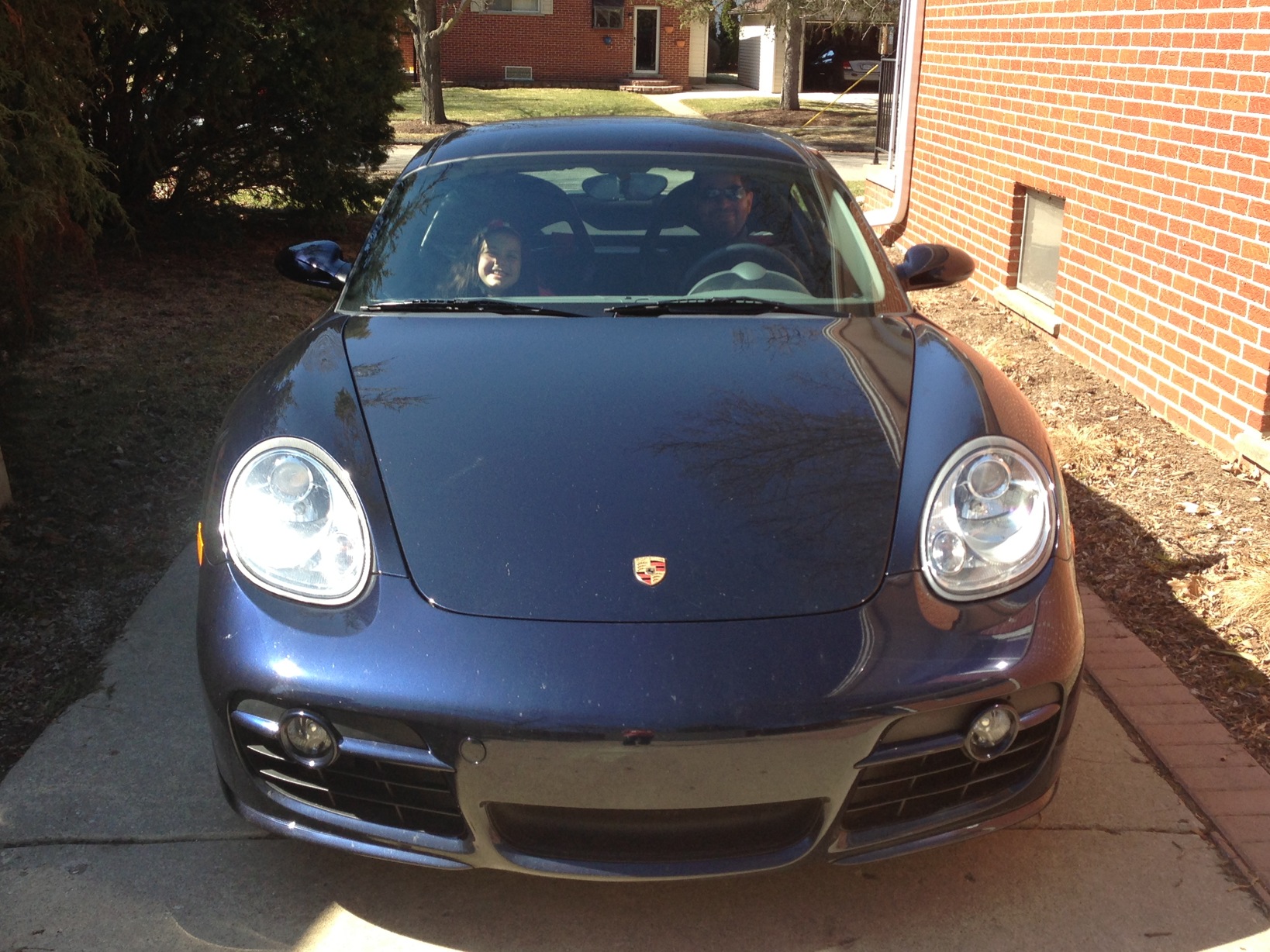 Everyone flashes a big smile after waiting all winter.

At first it is hard to see it there and not be able to drive it. Its curves are beautiful. It looks fast and tempting, its wheels shiny and its compact silhouette alluring. But the cold days wear on and its shiny paint gets just a bit dusty, and I accept I won’t be driving it for a while. It’s parked for so long, it becomes part of the garage decor. This last winter was so brutally cold and icy we felt as if we would never drive it again (it was hard enough to get around in our Avant, Quattro and all). By February, I’d almost forgotten what it’s like to drive it, and if it weren’t for the occasional times when my husband started it to let the engine breathe a bit, I might have forgotten what it sounds like, too.

But then the days get warmer, slowly. Then one day the roads are clear and the thermostat hits 38, and although we’re still a few degrees shy of what it should be for the tires (Michelin Super Sports), my husband and I decide it’s time to take the Cayman out again. By this point, I have very little physical memory of what the car feels or sounds like when you drive it. I know it’s fun the way I know finishing a marathon feels amazing — but I have no immediate memory of either.
My first Spring drive is just like reuniting with a lover you know intimately, but who has been away for a while. There is instant comfort and familiarity, yet time apart has made it all new. After four months in the comfort of my Audi’s heated seats and beautiful interior, the Cayman’s GT3 seats feel hard and cold. Although the Audi is 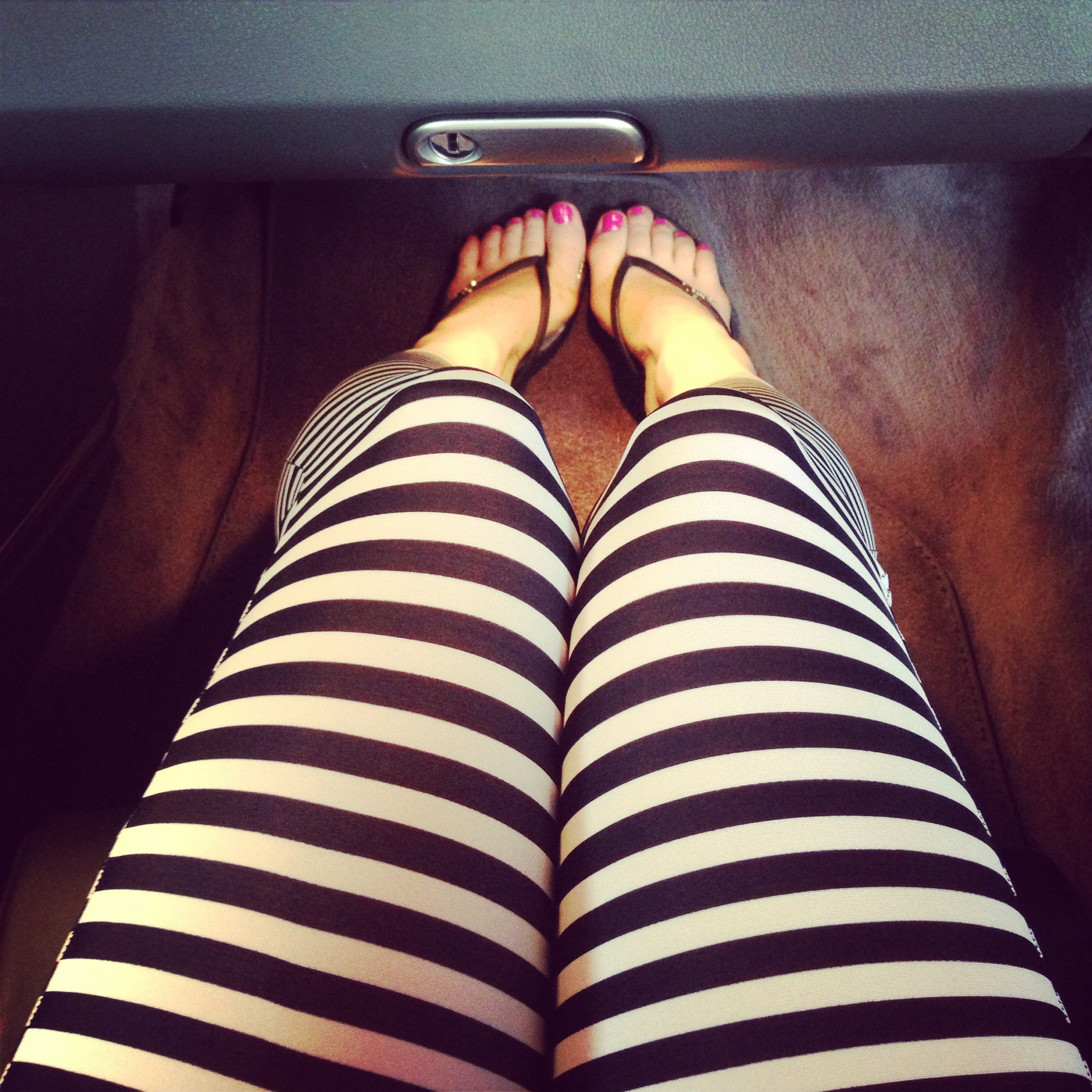 Being a passenger can be just as fun as driving, especially when my husband drives and I get to enjoy the ride.

certainly not a large car, the Cayman’s interior feels snug and spartan by comparison – like it means business. Once I hear the Cayman’s engine idling, the sound wakes up aural memories and there’s anticipation. The Audi’s engine is quiet and polite; in the Cayman, the motor is right behind the driver, so you don’t only hear it, but feel it.
I drive about ten minutes before I’m smiling–I remember now. I love the relationship between the clutch and the throttle, and I’ve sure missed it. I am on public roads, so there is no room for any extraordinary feats of driving, but as soon as the road opens up, I let the RPMs reach 5500 before shifting and the engine sings. I never drive faster than 50, but it doesn’t matter. Every corner is more enjoyable because the steering is so responsive. That stiff and thin seat lets me feel the road beneath the tires. The sun is shining, it’s above 50, I’m almost to the office, but I wish I could just drive straight past the building toward an open road. 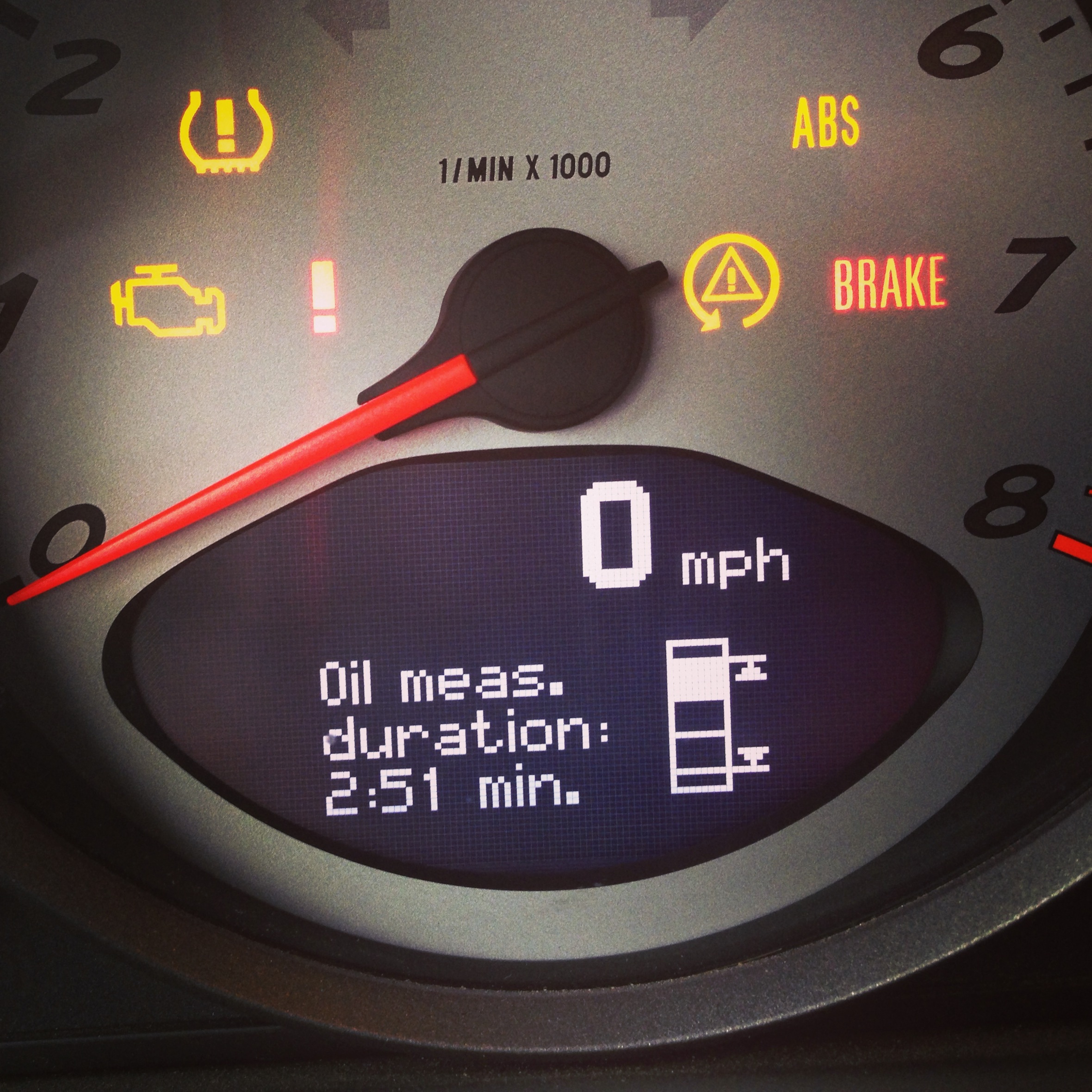 Patience is required as we ensure all systems are “go” after a long winter.

I get to work and text my husband, “the car sounds and feels SO GOOD!” But he knows — he was out the day before. Then I confess to my boss that I was tempted to drive past the office because the Cayman feels even better than I remembered. He gets it – he has spent the winter rebuilding his 911’s engine, and finally drove it the day before after an even longer wait than mine. He’s owned the car for a decade, but driving it after the rebuild had him attentively listening to the engine, relearning its various hums, purrs, and its symphony of sounds.
I have often envied our Southern and Californian friends for their ability to drive their sportscars year-round. And, indeed, living in a place where you don’t have to wear two coats and where you can drive your sportscar at will sounds lovely (especially in February). But if you have access to your sportscar all year round, you’ll never know what it feels like to drive it again after a long winter, just like you’ll never know what it’s like to hear those first birds singing in March, or to look up and see green leaves growing on bare trees. You’ll never know what it’s like to get behind the wheel for the first Spring drive and say to yourself, “this is great” only to say, “no, wait, this is even better than I remembered!” five minutes later. It’s like falling in love all over again.
After tomorrow’s predicted inch of snow clears, we should be good to go for the rest of 2014. If you need me, I’ll be out getting reacquainted with my old car crush. Turns out he’s even hotter than I remember.