Crutches and Thrills: Thoughts on How We Find Comfort and Joy
Oh, Joy: The (Woman’s) Guide to Shopping for a Car 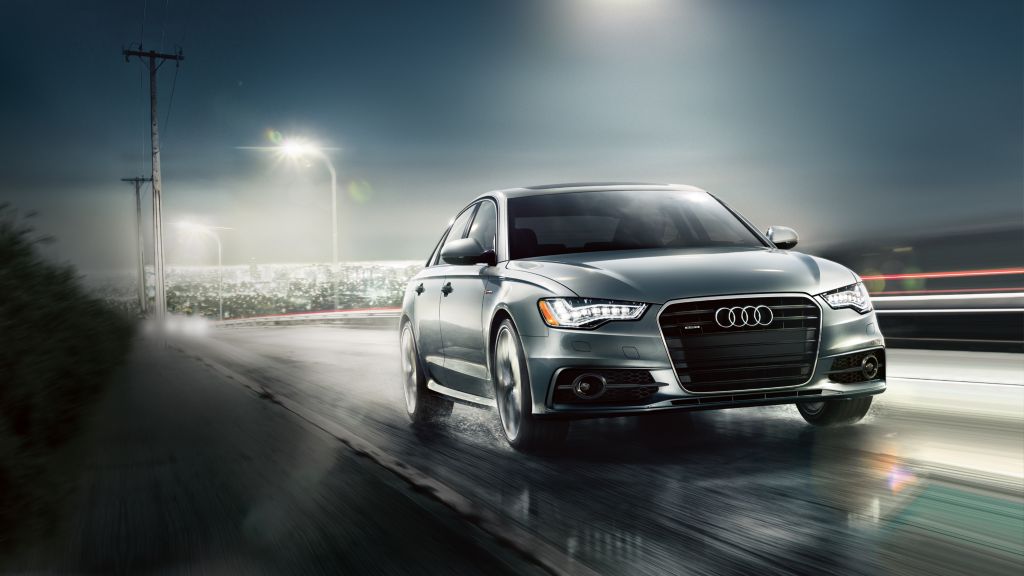 As a Valentine’s Day present for my beloved Audi A4 Avant, I decided to take it in to the local dealership for a spa day. OK, that’s not entirely true. Truth is, our wagon was due for its 35,000 mile service, and the only day the service department had available happened to be today, February 14. When I called to schedule the service, the technician referred to the event as the big one, which immediately conjured up feelings of fiducial panic for this driver. As everyone who owns a German car knows, there are a few things you can always count on: superb engineering, sporty performance, attention to detail and expensive parts/servicing. However, like visits to the dentist, service visits cannot be ignored, because if a cavity costs money to fix, a crown is much, much more. The appointment for Sally the Wagon was made.

I dropped off my red sweetheart at the dealership this morning and was informed she would have all sorts of renewing treatments, including oil change, fluid replacements, spark plug change and even a recall upgrade for her starter. They would even wash her for me after, so she would be renewed inside and out.  And for all that love, I would pay $700. “But remember, this is the big one,” repeated the technician, probably because of my audible gasp and loss of color. 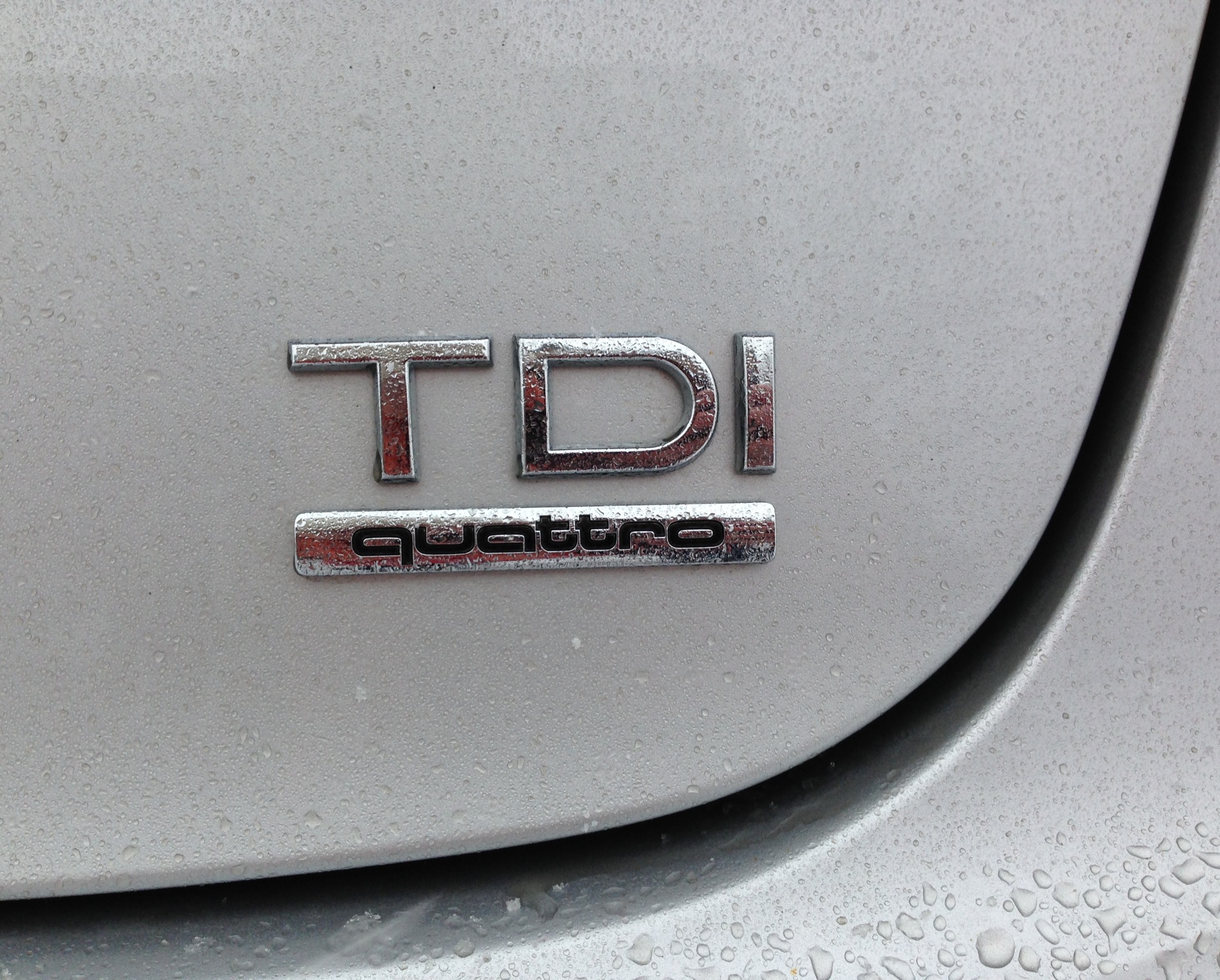 Not your grandpa’s diesel.

On the upside of things, I was told I would have a loaner while Sally the Avant was indisposed with her service. This loaner turned out to be … an R8. No, that’s not true, unfortunately – although I did try to play the “I write about cars, you know, so you should loan me something really cool so I can review it.” I got the next best thing: a 2014 A6 3.0 TDI, which the technician had all ready for me.

Just parked there, the A6 says about its driver, “I am affluent enough to have a car that is so luxurious and full of options it barely needs me to drive it, and yet I care enough to rely on ultra-low sulfur diesel to fuel it. I am a compassionate winner!”

The tech handed me the key, but the car was already running – ah, one of those advanced key cars. I’m gonna show my age here and say that I still prefer a key you put in the car in order to turn the engine on.  I don’t know what to do with this key. Does it go in my cupholder? Where do I put my coffee, then? What if I lose it? There goes my hip-hop credibility. No push-to-start for me. 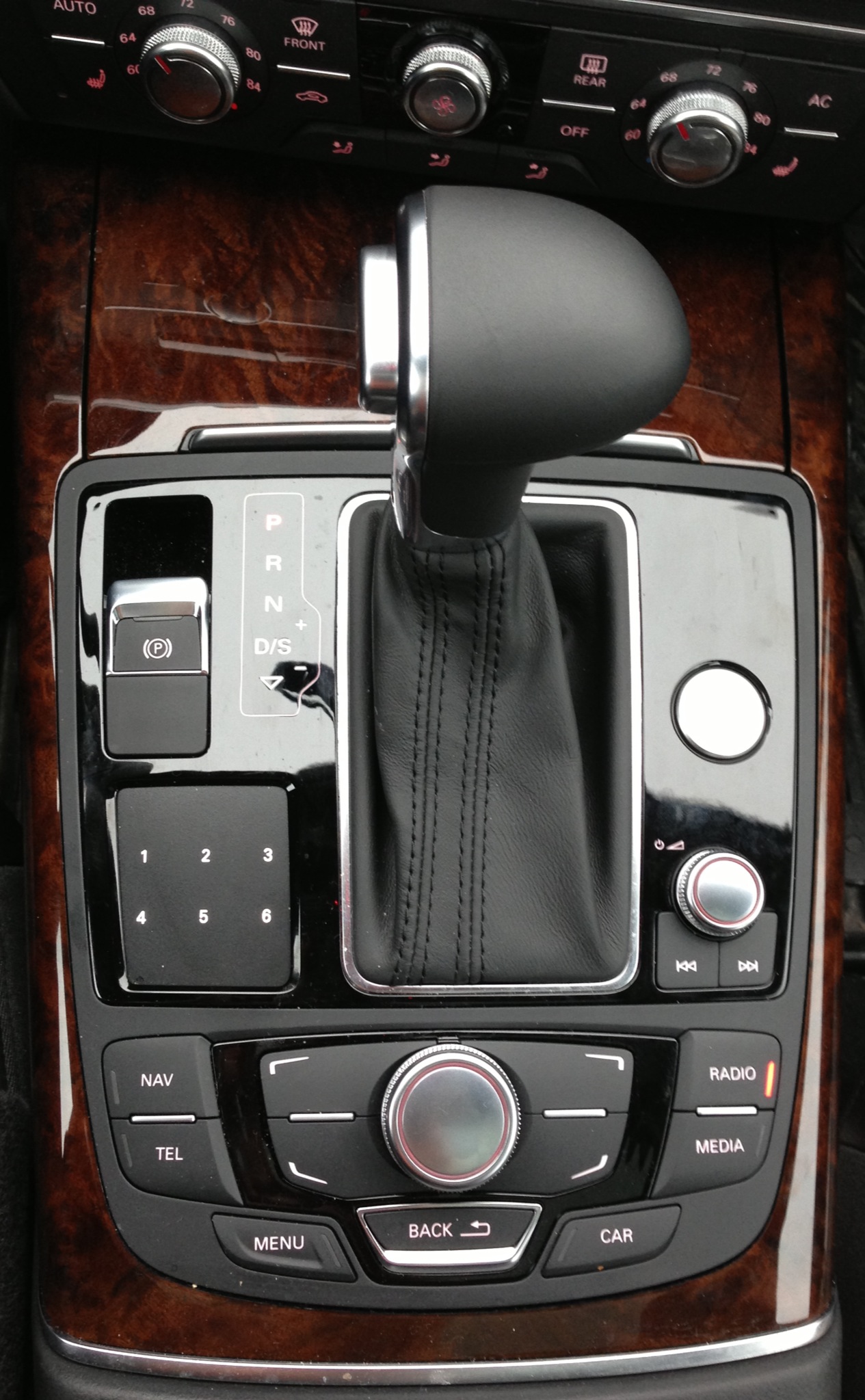 The center console is full of options, but still looks zen.

My loaner comes with the Premium Plus package.  The Premium Plus package has so many options I am not going to list them here, but suffice it to say that once I hopped in, the car had everything ready for my comfort. Heated seats, steering wheel and mirrors? Of course.  Radio playing Macklemore loudly? Check (clearly the service tech is hip enough for push-to-start). The interior has been updated for the 2014 models, but there is a familiarity there, so I had no trouble figuring out that the knobs to control the infotainment system had migrated from the dashboard to the center console. There are quite a few buttons in this car – almost too many – but Audi manages to keep things tidy and zen, which must have been no easy task for its interior engineers. The infotainment screen is now larger and placed slightly higher in the line of vision, which makes it easier to see; to keep the interior clutter-free, Audi has it disappear into the dashboard with the touch of a button.  I like the interior better without the bigger screen – you can still see all you need to see directly in front of you, in minimalist mode – but I have to admit that if I were trying to use the satellite navigation, I may just enjoy having the option of having a bigger, higher screen to look at. (Plus, let’s be honest…I don’t have the best vision, so this option could come in handy sooner rather than later).

Aside from the beautiful interior, here is what you notice when you first hop in a TDI Audi: it’s quiet. It does not stink. Today’s diesels are not your grandpa’s diesels. The A6 TDI drives as you would expect: it’s a gentleman’s car. It delivers a luxurious drive while still providing a sporty road feel. The TDI part is something you forget about, because the car’s performance does not betray what is fueling its engine  – and that is impressive. I can see how the A6 3.0 TDI could be the perfect executive’s commuting vehicle: comfortable, stable, and just sporty and socially responsible enough to remind you you’re the man. 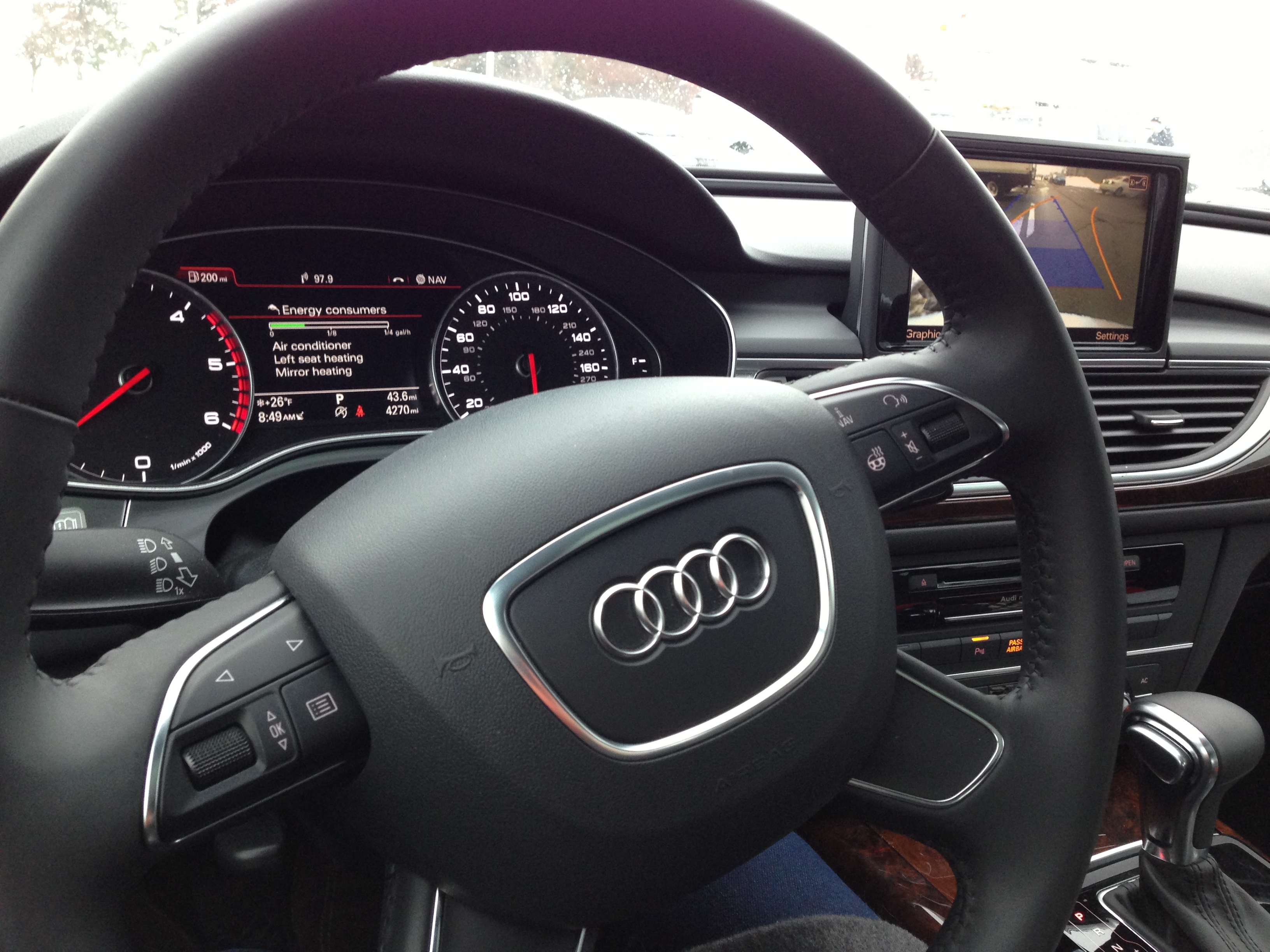 Audi still makes the best interiors in the industry.

So what’s the downside of the A6 TDI? Well, the same as above. To me, it feels like a big car (it is). It is well behaved – maybe too well-behaved for me.  Its suspension feels sporty, but it does not say “play with me.” But really, the A6 is not meant to be any of the things above. If you want more playfulness in a TDI, I would probably go with an A3 TDI; I can’t really hold any of its characteristics against the A6 because it is exactly what it set out to be. People have different needs for their cars, and I really like how Audi manages to please a whole bunch of people with their wide variety of models. (And on that note, I bet an RS4 Avant would please me just fine).

Thanks to Germain Audi of Ann Arbor for the Valentine’s Day loaner. Next time, can I get that R8? #wantanR8

What I Learned from Driving One-Eyed