Melanoma: A Love Story
52 years, 4 generations, and two hemispheres: the journey of Panchita the Beetle 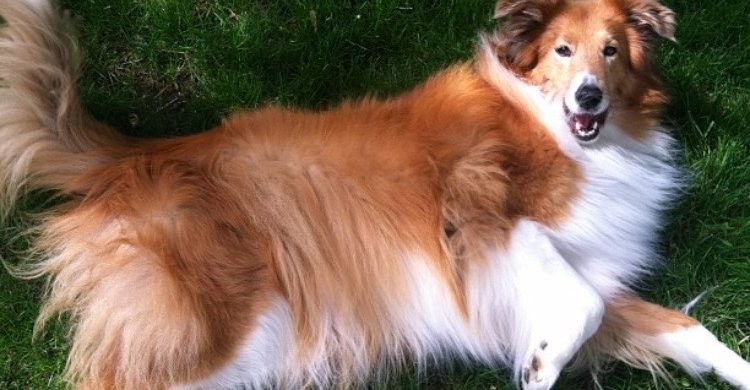 Amidst the din of getting ready for the schoolday, between lunches being made and a fight over a hairbrush, a hummingbird crashed into our house’s big living room window. The sound startled us and we ran outside, fearing the worst. We found him: the size of my thumb, lying on the ground, eyes wide open and distressed breaths too large for his tiny body. I cradled him in my hand and it became clear that his neck was broken. He was dying in front of us. The three of us stood there staring at him, well-aware that we were holding this beautiful creature we’d only previously seen up close in nature photos and replicated in Christmas ornaments. We wanted him so badly to fly away from us, back where he belonged. But instead he took a terrible, deep breath, opened his eyes wide, lay still. He was the second being I cradled as it took its last breath this year.

Last February, when the girls and I returned from our sun-filled trip to Peru, it became clear that our 14-year-old family dog, Lucy, wouldn’t make it through the Michigan winter. It was as if she had waited for us to return so she could let go, and let go she did. Within a week, she went from walking around the block, to only down the street, to just down our driveway, to barely out of the door. Soon after, we found out that it wasn’t just old age — Lucy had leukemia and a hart too small for her body. She had withered from 41 to 35 lbs. so quickly, not even her beautiful tricolor fur could hide her bony back.

Whether we wanted to or not, Lucy’s decline would soon force our family to look at death up close. I most certainly did not want to, but there would be no escaping the fact that I would have to figure out how to best support my daughters in the grieving process. Generally, I am quite adept at playing the stoic parent and keeping it together while others grieve, but seeing Lucy fade threw me headfirst into all sorts of fear and sadness I’d been working hard to avoid for a lifetime, and particularly over the last year.

I’ve been trying to ignore anything related to death and dying since being re-diagnosed with melanoma (which mercifully has not shown any signs of advancing since I started treatment last summer).  For the good part of a year, I have been setting aside the very real possibility that death could come looking for me in a most terrible way one of these days. While I tell my therapy clients that ignoring difficult things is not a good way to live, early on I found that to continue to live fully as a cancer patient, I needed to ignore the ever-looming possibility of death. For the most part, I don’t think about dying at all because I am too busy living. I don’t even think about the statistics and possibilities involved in my disease because they bum me out (but probably not as much as if I was any good at statistics). But my pup’s weak body and closing eyes were too tangible to ignore. I would have go to the most frightening place and visit death with her, whether I wanted to or not.

***
When I was in my early twenties, my adored grandmother declined to the point where we worried she may not live much longer. We flew to Peru to see her, and my parents were wise enough to let me change my ticket so I could stay for a bit longer. During the two weeks or so I was alone with her, our roles reversed. The calm, elegant and loving matriarch who once figured so prominently in my childhood became increasingly helpless, needing my support for the most basic of things. It was my first time seeing how childlike old age could be – how frightening and vulnerable the approach toward is. On the night I left, I knew I would never see her again. She kissed me goodbye and, stoic as ever, told me not to cry. I stepped into the car in the street below, looking up at her second-floor window framed by jasmine, and saw her frail figure looking over me, huge eyes in a hollow body. She was leaving, too.

As her condition worsened over the weeks that followed, I had the same dream over and over. When I was a child, I visited her every summer; most mornings I snuck into her bed after my grandfather left for work and waited for her to wake so we could have breakfast together. In my dream, I would sneak into her bed, but she would never wake. The dream stopped soon after I got the call telling me that she had died. Isn’t it strange how after someone you love dies, you can still hear their voice in your head? It has been over two decades since she left us, and when I think about her, I still hear the singsong of her calling my name. The marks left by those we love are deep in us. We don’t want death to take the people and life we love.
***

One day not long after our return, Lucy attempted to stand and fell over, wetting herself in the same spot where she had once fetched her ball and barked at the mailman. I sat there, frozen, petting her and sobbing. I wanted so badly to keep it together for my girls’ sake, but I couldn’t stop myself. When we loaded her into the car to take her to the vet, I was convinced she would not be coming back home. The four of us sat in the exam room silently, listening to the vet explaining the procedure, a stunned Lucy staring at us. She’d always hated strange places and strangers, and I was sure the only reason she was not escaping was because she literally couldn’t. I figured I’d have to step in and “fix” things – make the decision — but I simply could not. How could I decide that it was time for her to die? None of us wanted that burden, and no decision was made. We carried her back home and made arrangements for her vet to come to our house the following Monday instead. Later that evening, V said, “I am glad you didn’t decide to do it, Mom – I think we weren’t ready. We needed more time.” How wise a child can be.

Over the week that followed, Lucy lost her ability to walk, but she still fought to be near us. My husband and I carried her outside time and time again, waiting for her in the silent, frigid air. Her thin, unsteady frame was made sadder by the beautiful snowflakes that fell all around her as she struggled to stand in the back yard. Even in her frailty, she sniffed the cold air looking for adventure. Inside, I fed her fancy canned food by hand and sat by her most of the day so she wouldn’t have to struggle to follow me around. During our time together, I told her stories of how she changed my life for the better. I thanked her for forcing me to get outside when I was having trouble adapting to this town. I credited with helping me make new friends, especially my dear friend T, her “second mommy.” I smiled thinking about us running together for miles and miles, and how she kept the girls and I safe when we lived alone. I reminded her what a terrible guard-dog she was (she had once allowed a thief to steal an iPod from one of the cars in our driveway, but never allowed our friendly UPS driver to get anywhere near our house). The girls had never known life without Lucy; she was there from the very beginning, when her bark startled them in utero. I couldn’t imagine our life without her herding them around the coffee table accompanied by the soundtrack of their laughter.

I struggled with the decision to let my girls be there when we put Lucy to sleep. They were firm in saying they wanted to, but I worried about them having to witness death at such close range. When I asked my beloved social work professor (who specializes in children) her opinion, she replied, “absolutely, they should be there” especially because they wanted to be. In her opinion, the experience would be practice for a difficult and unavoidable life experience within the supportive environment of our family. And thus, on the day the vet came, we were all together, the girls and C and I, sitting around Lucy as she fell asleep for one last time. Expertly, the vet shepherded us through the experience, normalizing it, answering questions and encouraging us and the girls to express their emotions as they saw fit. It was terribly, sad, yes – but it could not have been better.

It may be true that animals are not people, but those of you who have ever had a pet know just how much they enrich our lives and weave themselves into the fabric of our relationships with their unconditional love. In allowing us to witness their death, our pets generously afford us a “practice” for the losses that are sure to come. Lucy’s decline and death made our family sad, indecisive, afraid, even angry – and it gave us an opportunity to show each other that we could tolerate all these emotions, not just the “approved” feelings one is supposed to feel. We caught a glimpse of what it will feel like when we experience loss again, and we learned that we can let our ships go toward the darkness, and trust that we will come back to the light.

I would be lying if I said I have figured out all the reasons why saying goodbye to Lucy was so much harder than I thought it would be. But I am grateful for the opportunity to sit with her, carry her, and feed her pizza and chips for her last meal during those last few days. In life, Lucy reminded us to love our pack even harder, chase that squirrel even faster, and forgive far more quickly when someone steps on our tail, because when the end comes, we will be glad we did. I am grateful I was able to tell Lucy that I knew it was time for her to leave us, and not to worry because we would be ok. She had been a good, good girl and her job here was done. 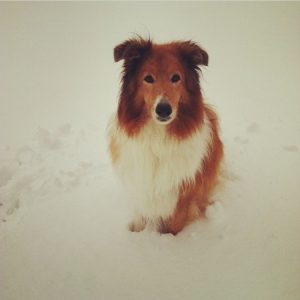 Grad School, Mom Style: What a Difference 20 Years Can Make

A Year of Immunotherapy, A Lifetime at the Cancer Center