PorscheMama » Uncategorized » Crutches and Thrills: Thoughts on How We Find Comfort and Joy

Crutches and Thrills: Thoughts on How We Find Comfort and Joy 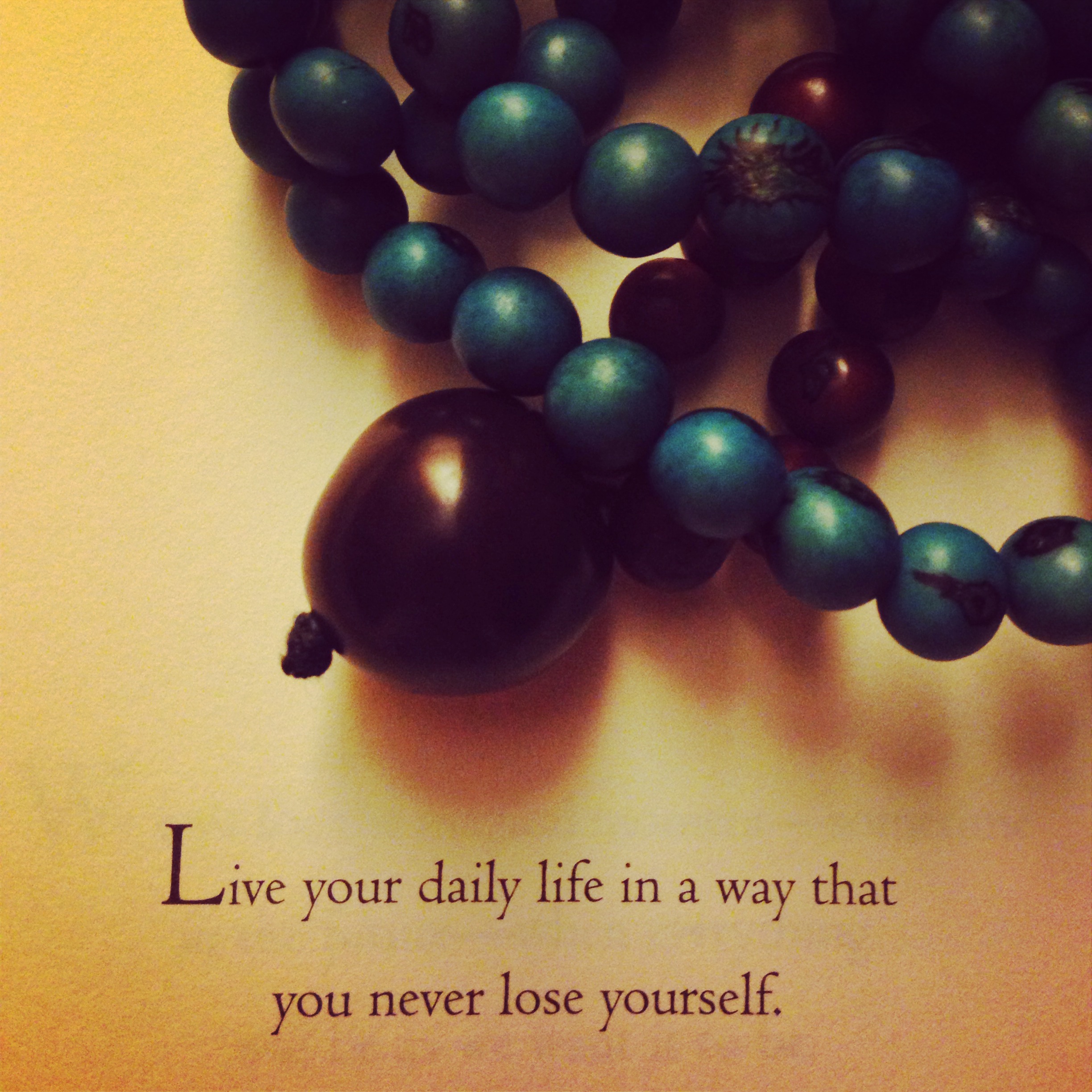 News outlets have been awash with news about Philip Seymour Hoffman’s death from a heroin overdose last week. The actor, who previously had been sober for 23 years, relapsed over one year ago, and had completed a stint in rehab in May 2013.

I never followed Mr. Hoffman’s career, nor did I know him personally, so his death does not hit close to home.  But what his death did do is remind me, once again, that if a person is broken inside, no amount of success in his or her personal life or professional life can heal the wounds. Arguably, Mr. Hoffman had everything an actor could want:  steady work, an Oscar, peer and audience recognition of his talent, 3 children with his longtime partner and a lovely home in New York City. None of this was enough to keep him from dying with a needle in his arm, alone.

Soon after articles about Hoffman’s demise began to appear, I was surprised to read how extremely harsh many readers were on Mr. Hoffman and addiction in general. He was called selfish for using, dying and leaving his children behind. Instead of offering compassion, way too many people passed judgement. After considering why someone would feel the need to further demean a clearly broken human being who was now dead, I arrived at the conclusion that this reaction is probably fueled by both fear and realization that we all are all fragile beings who are prone to needing emotional crutches and craving emotional highs. Instead of showing compassion to those who succumb to their crutches and highs, we judge them for their weakness, and at the same time pat ourselves on the back for not giving in to our own weaknesses and vices. But I do believe we are all keenly aware of how fragile we are, and we are never more so than when we watch our loved ones struggle with their own crutches and thirst for highs.

My daughter, aged 9, is fiercely attached to a bunny she has had since she was born. When she comes back home from school, where her teacher reports she is a well-adjusted student who is exceedingly thoughtful of her peers, she goes into her room to spend time alone with her bunny. I believe she is by nature an introvert and, after spending the day interacting with her teacher and fellow students, she needs time alone to decompress. Whenever she is frustrated, angry or emotional, the bunny comes into play. She uses it to soothe herself, to relax, and to a degree, to escape. Recently, my daughter was told by an adult who is influential in her life that she was a “big girl” and it was time to give up her beloved bunny because she wouldn’t want other kids to call her a “baby.” Not surprisingly, the pressure to give up the bunny has made her rely on it even more. She tries to put it away, but she really wants to snuggle with it, so she fails to put it away, feels terrible and goes off to snuggle with it in secret. For my daughter, her bunny is her crutch for navigating her 9-year-old world.

I am not suggesting that a child’s lovie is a drug. What I am trying to say is, we all have our crutches, whether we admit it or not. Plenty of adults drink too much alcohol, use drugs (prescription and otherwise), have unhealthy relationships with people and food, etc. While I have never fallen prey to drugs of any kind or alcohol, I recognize the temptation to self-medicate when life gets complicated (and it usually does). My crutches are exercise and driving and I utilize them almost daily to self-soothe. I like how the two activities make me feel. I love how exercise creates a surmountable challenge in the form of discomfort and pain. I cherish how driving takes me away when things are stressful, crazy and disorganized. Those two are my escape. While your escape may not be in the form of exercise or driving, I am sure you have one. Whatever it is, you may have found it, but in all likelihood it found you, and it met a need (or a variety of needs) you had.

When I was a kid, I asked my Mother whether she had ever used any drugs – after all, she had grown up in the sixties, and I’d seen plenty of pictures of her in funky Disco outfits. Turns out she never had, so I asked her why. After the standard “because your grandfather would have killed me,” she continued, “because using drugs would have just been a way to ignore my problems, and I wanted to solve them.” I’m not implying that anyone who has ever used a drug has done so to cover up problems. Addiction is a complicated animal and I am nowhere near qualified to speak on the subject. But that phrase really stuck with me, and as I navigate through life, I have consistently made the choice to be present, even when things got rough.  Fear of the loss of control that could come from indulging in alcohol and drugs has also kept me on the straight and narrow; I was born with a strong sense of self-preservation. Lucky in that regard, I suppose.

Along with our need for crutches, there is humans’ inherent desire to experience highs – those feelings of well-being and joy that can be elusive in everyday life. This must be why we pursue race car driving, running, snowboarding, etc. I can tell you that all the pain experienced during the 26.2 miles of a marathon mean nothing when you cross the finish line – euphoria and joy take over. We are all looking for a high among the perceived dullness of our routine.

Many of our friends who drive cars call speed their “drug of choice.” While the nomer seems irreverent at the moment, I know from personal experience that all the feelings which come together when you drive a car on track absolutely produce a physical response which “wakes up” the driver’s body. Every part of your body feels alive, from your brain to your extremities. The experience is memorable enough that those of us who drive look forward to the next time we will be behind the wheel so we can experience it again. For some of us, this is where we get a high and where we are momentarily transported away from the challenges of daily life into a place that is both quiet and exhilarating.

Sometimes these “highs” go beyond thrill-seeking – they can be an escape tool as well. A track friend told us of how he survived his father’s slow descent into death by driving. Watching his father die slowly was heart-wrenching, and the only time he found peace was when he was at the track, removed from everyday life, and free from worry. Driving at high speed forced him to focus on that very moment and freed him from the unbearable pain of watching his father die. If that’s not an emotional crutch in the form of escape, I don’t know what it is. It just so happened that our friend found solace in motorsport, not drugs.

It’s time for all of us to admit that we are all fragile, and more similar to Mr. Hoffman than we care to admit. We all need emotional crutches of one sort or another, and we all crave the highs life can offer.  Some of us are lucky to need and crave things which don’t kill us. So, rather than spend our time cruelly judging those who rely on unhealthy habits to self-soothe, let’s instead encourage those who may be hurting to seek the root of that pain and find both behaviors and outlets that nourish  their needs instead of blunting them.  Let’s be the force that encourages people’s passion and expression instead of suppressing it. Let’s be the person an addict can turn to for help without fear of being judged. Remember every addict is someone’s child, someone’s sibling, someone’s parent, and therefore one of us. We’re all in it together.

Good Reads on the Subject

I am no expert on the subject of addiction, but these reads helped me understand addiction a little better. Feel free to suggest any books that have helped you on the comment section below.

There is a brief and useful little book written by Chris Prentiss: Zen and the Art of Happiness, which touches on addiction and the need to find the roots of it in order to heal. Mr. Prentiss is a recovering addict and the co-founder of Passages Malibu.

Comedian Russell Brand wrote a great piece on what it’s like to be drug free, and how temptation is never far. Worth a read if you don’t have first-had experience with addiction: My Life Without Drugs